The Travelling Season is here again. Welcome to the hills to have a perfect experience of bliss and joy. We are offering Dharamshala tour packages that will suit you best and become a great memory in the book of life. We At Awesome Trips Pvt. Ltd. has a variety of tour packages to opt for.

Himachal is a region of several joys and wonders. it's a favorite destination amongst the character lovers. Dharamshala tour packages are outstanding ones to settle on from. within the good itinerary of fun and walking on air. Follow your heart and chase the paths resulting in paradise

Arrive in Amritsar by Air or Train. Subsequent to coming to in Amritsar our taxi will pic you and visit Amritsar . Amritsar is a place in Indian territory of Punjab, which is also 28 kilometers from the outskirt with Pakistan. At the point of its walled old town, the great Golden Temple in Amritsar (Harmandir Sahib) is the holiest gurdwara (religious complex) of the Sikh religion. It's toward the finish of an interstate, encompassed by the holy Amrit Sarovar tank (lake), where pilgrims bath. . Supper and Overnight stay will remain in Pre-Booked hotel.

Today morning after breakfast check out from the hotel Drive to Delhi reach in delhi we will drop you Railway station & Airport.
Golden temple:-The Harmandir Sahib, additionally Darbar Sahib and casually alluded to as the "Brilliant Temple", is the holiest Sikh gurdwara situated in the city of Amritsar, Punjab, India. The origin of this place was in 1574 by Guru Ram Das (fourth Sikh guru,)
Jalliawala bagh:- Jalliawala Bagh is a garden where you can enjoy some quality time, and houses a memorial of national importance, established in 1951 by the Government of India, to commemorate the massacre by British occupying forces .After drive to .Dinner & over night stay at hotel.
The famous Border of Wagha :-The famous Wagha Border is situated in the border of Amritsar & Punjab, Pakistan and serves as a goods transit terminal and a railway station between Pakistan and India, and lies on the old Grand Trunk Road between Lahore, Punjab, Pakistan and Amritsar.Dinner & over night stay at hotel

Today morning after having breakfast & check out from the hotel and our cab will drive you towards to Dharamshala . Dharamshala is a city in the Indian territory of Himachal Pradesh. Encompassed by cedar forests on the edge of the Himalayas, this hill city is home to the Dalai Lama and the Tibetan government in a state of banishment. . The Library of Tibetan Works and Archives houses a huge number of valuable original copies. Supper and over night stay will remains in the hotel.

Today morning after breakfast drive towards to the Dharamshalla local sight seen including official residence of Dalai lama in Mcleodganj, St John church & Bhagsunath temple, the oldest temple in Dharamshala. Dinner and overnight stay at hotel.

After breakfast check out the hotel and drive to dalhousie . Dalhousie Tour Packages are one of the famous destinations to visit in summers. Dalhousie is a high-height town spread crosswise over 5 hills to the Dhauladhar mountain extend in the north Indian territory of Himachal Pradesh. It's home to pioneer period structures, including St. Francis and St. John's places of worship, which go back to the standard of the British Raj during the 1800s. A trek up Dainkund Peak leads to Pholani Devi Temple. To the north, Subhash Baoli is a peaceful area with pine trees and panoramic views.Dinner and over night stay at hotel .

Today morning drive towards to Khajjiar, 23 kms from Dalhousie by road and also 13 kms from Kalatop . It is also known as mini Switzerland of India Khajjiar, a tallness of 6400 ft. Hutchison expresses, "Khajjiar is a timberland meadow of extraordinary excellence, 6400 feet above ocean level" known as the small mini Switzerland of India and is encompassed by thick pine and deodar backwoods. There is a little lake in the middle with a floating island and 9-hole golf course here. Also Enjoy zorbing and paragliding. After that get back to Amritsar. Tour ends with Awesome memories.

Remark: The rates are subjects to change without any prior notice.

Rates are based on twin Sharing Bases.

Best of Shimla and Manali 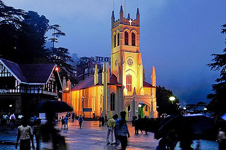 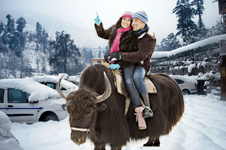 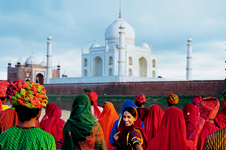 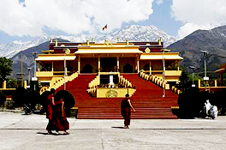 The mountainous landscape of Himachal Pradesh, at the foothills of the Himalayas, is made up of a series of valleys and snow covered peaks. Himachal Pradesh is deservedly sought out by adventure lovers. Alternatively, himachal pradesh provides a refreshing escape for those who are craving crisp mountain air.

Why Book with us?

Professionally Managed Tour Operator Approved by Department of Tourism and Government of Himachal Pradesh.
A trusted name in Tours Packages in Western Himalayas.
The Best B to B Service Provider in Himachal Pradesh.
We offer Value for Money Packages.
Package Innovation by offering customised solutions to meet your requirements.
Personalised Customer Services throughout your Trip.

Add your contact details, if you're looking to get call back to you. Our Expert will contact you back within 10 minutes.